Posted at 14:56h in l'essentiel by Rob 3 Comments
Share

People keep asking me what’s up with JUX. There’s been some talk, there have been some rumors. Some half true, some way off. Reports of our demise have been mildly exaggerated. Here’s what it really all boils down to:

This year, a decade after starting DEF JUX and after overseeing the releases of some incredible albums including the forthcoming release of my dear late and great friend Camu Tao’s brilliant « KING OF HEARTS » LP, I’m stepping away from my duties as artistic director for the label to concentrate on what I love most: being a producer and an artist full time. This is something I’ve been contemplating for a few years now, and can’t think of a better time or, with the eventual release of Camu’s record, a more poetic way to transition into a new direction.

This means change for JUX. Of course we’ll still have our website, we will still sell our catalog, merch and more as well as bring you news and updates on all our projects and artists. We will be releasing « KING OF HEARTS », a DEF JUX remix compilation, a 10 year anniversary retrospective and some other goodies. But then as a traditional record label DEF JUX will effectively be put on hiatus. We are not closing, but we are changing. The process is already underway, and the last several months (for those wondering what the hell we’ve been up to) have been spent dealing with the technical aspects of wrapping up the label in it’s current form and re-imagining our collective and individual futures.

In 2000 starting a traditional record label made a lot of sense. But now, in 2010, less so and I find myself yearning for something else to put my energy into. I also see newer, smarter, more interesting things on the horizon for the way art and commerce intersect, and as an artist and an entrepreneur, I’m eager to see them unfold. The evolution of this industry is, in my opinion, exciting, inevitable and it would be nice to see the DEFINITIVE JUX brand be a part of it. In other words, maybe we can turn this hoopty in to a hovercraft.

All business aside, and regardless of what form JUX may inevitably take, my focus for the immediate future is going to be back-to-basics. The fun stuff: sitting in the studio and immersing myself in music, performing it for for my fans when the time comes and whatever (or wherever) else might be out there creatively for me. Thats how it all started and that’s how the next phase will begin. The days of me dedicating the majority of my time and energy into providing JUX with a constant stream of physical releases from multiple artists are on hold for the time being. My heart (and what little common sense I possess) is telling me to simplify my focus and it has always been my policy to listen to my heart.

Truly, DEF JUX has been amazing to be a part of. So many good people. So much fun. I feel very lucky to be friends and collaborators with people who have affected and continue to affect my life and work deeply and indelibly. Working with the likes of Amaechi Uzoigwe, Jesse Ferguson, Jason Drake, and Katy Eustis at JUX as well as allies like Kathryn Frazier (biz3), Michael Bull and Lisa Socransky-Austin (to name only a few) has been incredible. These are people who worked for generally meager wages because they loved what they did and they believed in the artists and the idea of DEF JUX. Anyone would be lucky to have worked with even one person as dedicated and passionate as all of them are. They are true champions of indie music and they (and too many others to mention here) have my gratitude and loyalty forever.

None of it would have existed, though, if not for the artists. Artists who rolled the dice on us the same way we did on them, and were there with us as we battled it all out. CAMU, MR LIF, AESOP ROCK, MURS, CAGE, ROB SONIC, HANGAR 18, CHIN CHIN, CANNIBAL OX, THE PERCEPTIONISTS, RJD2, DESPOT, SA SMASH, YAK BALLZ, CRAYZ, THE MIGHTY UNDERDOGS, DIZZEE RASCAL, DEL, P.F.A.C, ACTIVATOR, COOL CALM PETE … the list goes on. I consider them all geniuses at what they do. Every victory that they have had and will have will always feel like a victory for myself and all of us at JUX. It’s been a joy to create and even struggle with them all. It has not always been easy, but it’s almost always been fulfilling. I only hope the work we put in together helped build a path to their collective futures. They have my sincerest well wishes and genuine respect.

Lastly and most importantly are the fans… holy shit THE FANS! Our fans are no joke. I can’t tell you how humbled I am to have felt the love and respect that they have shown us all. Even when we did things they didn’t like, they stuck around. This was their label as much as ours. We answered to them, and yet they respected that we did what we loved, nothing more and nothing less. We always will. You are why we do any of this, and I’ll never be able to express how much your support means to all of us. I think I speak for all of us Jukies when I say I love making music for you and can’t wait to make more.

Until then, on behalf of everyone here at JUX and from the bottom of my heart, thank you. 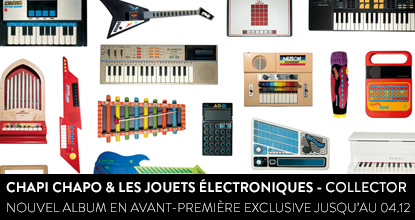 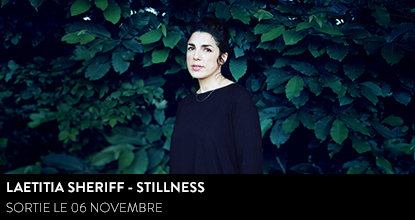